It’s been a long time coming, but .Olive. now has a mainstore again! I had to close down a few months back because the land I share with my slmom for our stores and home, was a mess, and we were on the search for new land. When we found it, we all just packed up and moved. I intended to close .Olive. for maybe about a week seeing how I needed the time to actually reset up my store. During this time I didn’t have a vendor system of any kind, so things were very basic. Yes there came the sloo of events that I was in, that prevented me from giving full attention to my store. Soon it also became quiet apparent that with the large volume of items I had created, I would need to upgrade my build in order to just be able to show case everything. So for the next 2 to 3 months after that I started working on looking at builds and testing things out. About a week before the Arcade, I stumbled upon the amazing build from Fanatik, and it was a done deal. So, after all that time, in between fighting the deadline of the Arcade, SLFW, making things for other events that haven’t opened yet, and some real life things, .Olive. is now getting the love and attention it deserves!

For the grand opening, I’ve created these cute little Mochiilla Bags! I put them all in a gacha because it was just too many options for texturing.

I’ve also created some limited edition colors that will never be sold after this FLF round is up (I will keep them up all weekend long so now is your chance!)

And last but not least, group gift for the NEW .Olive. VIP group! With this group you will get a 15% discount on all items from .Olive. (not including gacha’s and 50L or below items), and gifts! So, what are you waiting for? Go and get em tiger!

Taxi to .Olive. now to get all these great goodies!

One thought on “.Olive. Mainstore Opening” 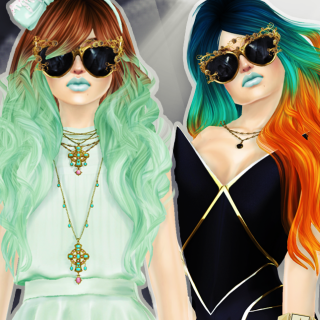 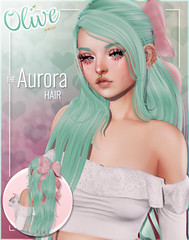